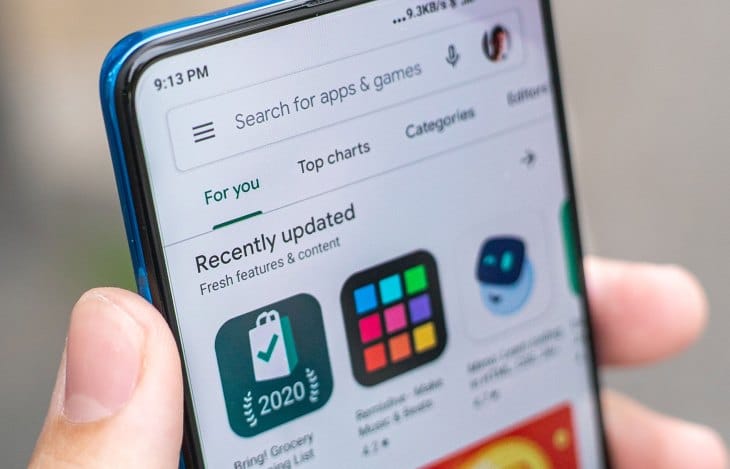 Towards its objective of making Android apps leaner and meaner than what they already are, Google is set to introduce ‘App install optimization’ techniques which it claims will speed up the app installation process by several notches.
Google though said it is going to be an optional process, and when you opt in, certain usage data is going to be collected to find out which features of the app you tend to use first after it has been installed. This information is then matched with similar information collected from other users who have also downloaded the same app.
Such information block is then used by Google to optimize the apps, which essentially means only those portions of the app are going to be downloaded first that users are expected to use the most. Google is claiming multiple benefits to the above strategy, prime among them being reduced workload for the smartphone’s processor. Your phone’s battery and storage too will have less strain to deal with right away. Further, the feature is going to be a boon for those having access to low internet bandwidth.
Among the other obvious benefits of Google’s App install optimization process is less time for the app to install. Plus, there is going to be an improvement in app performance as well. With only the app features that you need the most downloaded first, the app is going to load faster. It is only after you start using the other features of the app that those will be downloaded afresh.
Google though has stated the crowdsourced feature won’t infringe on user’s privacy in any way as no user identifiable information will ever be collected. What that means is your name, email address or other such personal stuff will be kept out of the ambit of the App install optimization.
Lastly, it being an optional feature, those who are averse to it can always turn it off via the Play Store settings. That said, they still stand to benefit from the feature as information collected from others will allow for the optimum app installation process to take effect.
However, this might also lead to ambiguity as those who’d prefer a complete and full app installation process might still be subjected to the limitations imposed by App install optimization technique even if he or she might have opted against it via Play Store Settings.
With a keen interest in tech, I make it a point to keep myself updated on the latest developments in the world of technology and gadgets. That includes smartphones or tablet devices but stretches to even AI and self-driven automobiles as well, the latter being my latest fad. Besides writing, I like watching videos, reading, listening to music, or experimenting with different recipes. Motion picture is another aspect that interests me a lot and maybe I’ll make a film sometime in the future.
Filed Under: Android News